Founded in 1982 by John Lane, Lakeside Metal Specialties is celebrating their 40th anniversary this year. Having discovered a niche in the international manufacturing and sourcing arena, John started the company out of his home in Paragould AR. The company is now run by Chief Executive Officer,  Kyle Lane, John’s son and the second-generation of Lanes overseeing the growing Business. Lakeside has three locations in NE Arkansas including manufacturing, distribution, sourcing and warehousing operations.

We will be celebrating our milestone throughout the year with new logos and marketing materials emphasizing our achievement.

From our humble beginnings, the Lakeside Family is both proud and humbled to carry on the legacy John started. 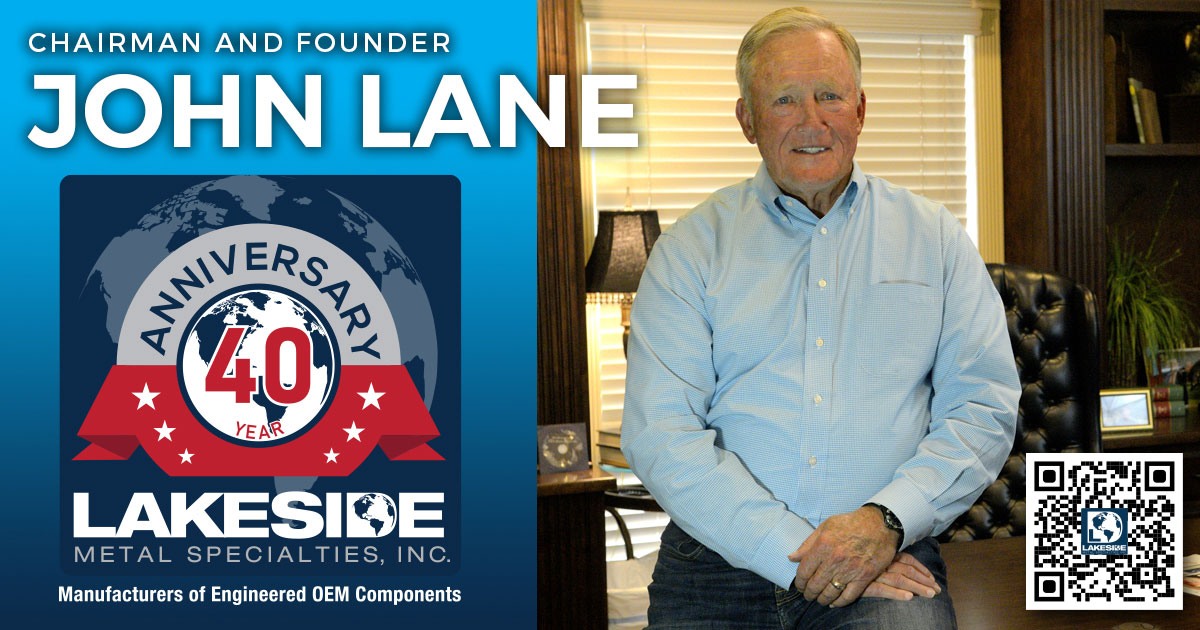